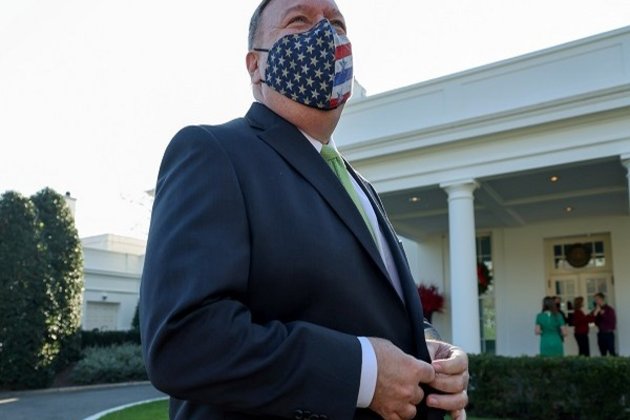 Washington [US], January 12 (ANI): US Secretary of State Mike Pompeo reacted sharply to Chinese Embassy tweet about Uighur women being "emancipated" from extremism and were no longer "baby-making machines", stating that forced abortions and sterilisations do not emancipate them.

"Uyghur women are not "emancipated" by forced abortions and sterilizations," said Pompeo in a tweet.

On January 7, the Chinese embassy in the US shared a report by Chinese state media outlet China Daily and wrote: "Study shows that in the process of eradicating extremism, the minds of Uyghur women in Xinjiang were emancipated and gender equality and reproductive health were promoted, making them no longer baby-making machines. They are more confident and independent."The Chinese Embassy's post was later removed by Twitter after it drew ire and calls for removal given the Chinese government's oppressive campaign against Uyghurs and other Muslim ethnic minorities.

"After further review, we have taken action on this tweet for violating our rules on dehumanisation," a Twitter spokesperson told the Ars Technica technology news website.

"We prohibit dehumanisation of a group of people based on their religion, race or ethnicity, among other categories," the spokesperson added.

The study and press released from the Chinese government attributed the decrease in population growth to family planning programs and increased education, which religious extremism "incited people to resist," according to another press release from the embassy.

According to credible reports, more than one million people, are or have been, detained in what is being called 'political re-education' centres, in the largest mass incarceration of an ethnic minority population in the world today.

China has been rebuked globally for cracking down on Uyghur Muslims by sending them to mass detention camps, interfering in their religious activities and sending members of the community to undergo some form of forcible re-education or indoctrination.

Beijing, on the other hand, has vehemently denied that it is engaged in human rights abuses against the Uyghurs in Xinjiang while reports from journalists, NGOs and former detainees have surfaced, highlighting the Chinese Communist Party's brutal crackdown on the ethnic community, according to a report. (ANI)