Meta told to lift ban on bare breasts for some users 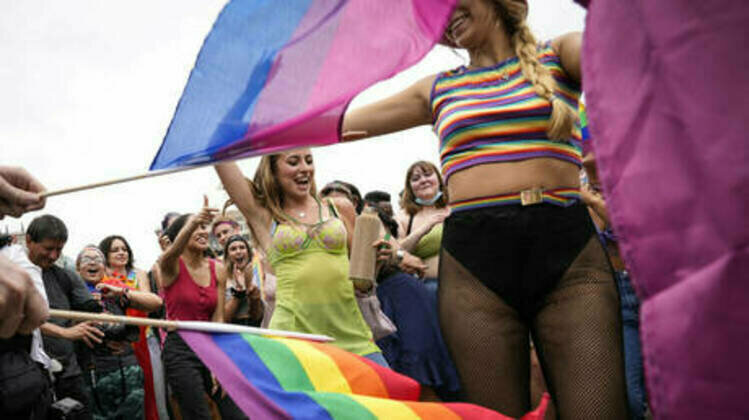 Meta's Oversight Board has decided that Facebook and Instagram should allow transgender and non-binary users to post images of their bare breasts out of respect for human rights. However, the ruling doesn't apply to women despite some female activists waging a "Free the Nipple" campaign for the past decade.

The independent body of experts, which CEO Mark Zuckerberg calls Meta's "Supreme Court," said in a statement on Tuesday that the company's community standard on adult nudity and sexual activity has to be amended "so that it is governed by clear criteria that respect international human rights standards."

The Oversight Board came to the conclusion after reviewing the case of a US couple, who are transgender and non-binary. Social media posts, in which the duo posed topless but with their nipples covered, were flagged by other users and censored after being reviewed by an AI algorithm. The couple appealed the decision, and their images were later restored by Meta.

The board argued that the company's rules barring the display of nipples were "unclear" when it comes to intersex, non-binary and transgender users as they're "based on a binary view of gender and a distinction between male and female bodies."

Meta should "define clear, objective, rights-respecting criteria" on moderating nudity "so that all people are treated in a manner consistent with international human rights standards," its members said.

The board clarified that "the same image of female-presenting nipples would be prohibited if posted by a cisgender woman, but permitted if posted by an individual self-identifying as non-binary."

The decision by the board is non-binding, but Meta has to respond to it publicly in 60 days.

The company's spokesperson said Meta "welcomes the board's decision in this case."

"We are constantly evolving our policies to help make our platforms safer for everyone," they continued, adding that Meta was eager to keep "working with experts and LGBTQ+ advocacy organizations on a range of issues and product improvements."